Congratulations on your eagle eyes and raptor ID skills – you passed the test!

If at first you don’t succeed, try, try again! Don’t feel bad – it takes a while to acquire the skills and knowledge you need to identify birds of prey. This blog has some good tips: https://www.raptorresource.org/2020/10/23/its-a-bird-its-a-plane-no-its-a-buteo/ 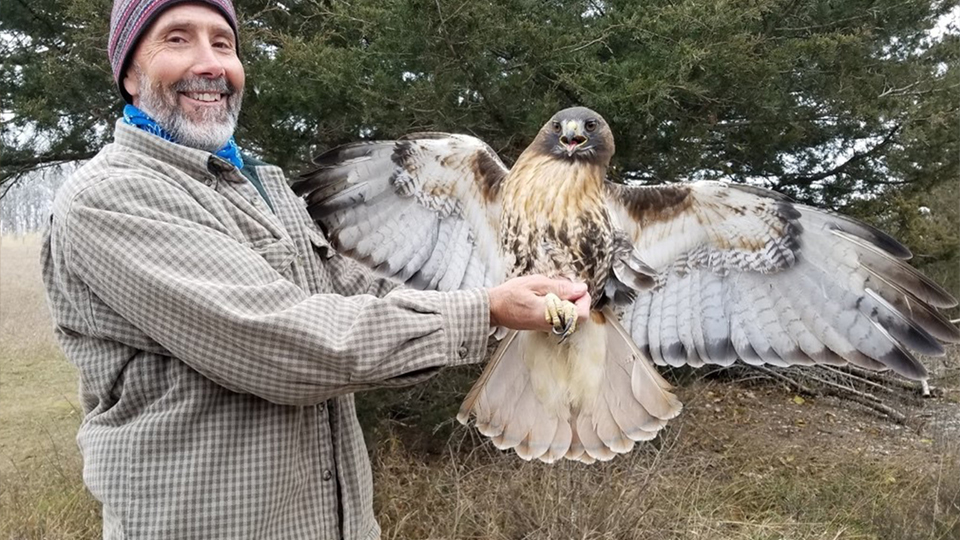 #1. What kind of raptor is Dave holding?

This is a Red-tailed hawk! When you can’t see the tail, look for comma-like marks on the underwing, a dark patagium (the leading or front of the wing), and a bellyband. Belly bands come in different colors – some are prominent and some are not – but they are a wonderful field mark from the front. 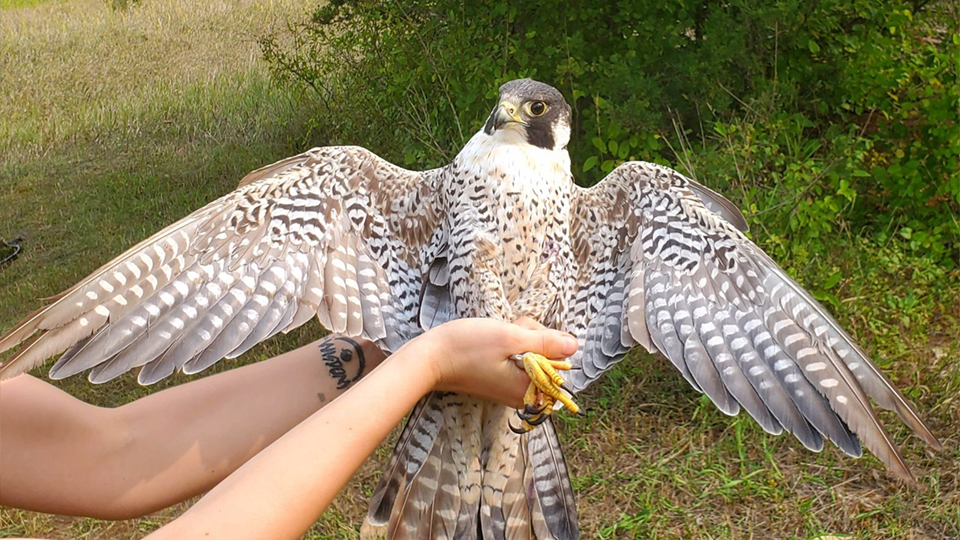 #2. How old is this Peregrine Falcon?

This peregrine falcon is about two years old! See the brownish feathers? The falcon is molting into its dark steel to slate-colored adult plumage, which happens around its second year of life. While this stage is isn’t uncommon – every peregrine that survives to adulthood goes through it – it isn’t something we get to see very often! 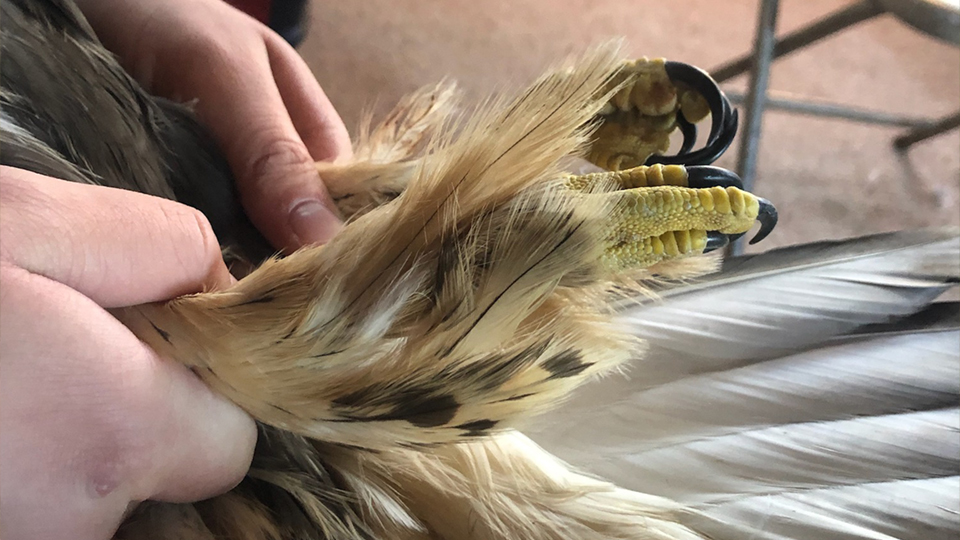 #3. What kind of raptor is our intern holding? 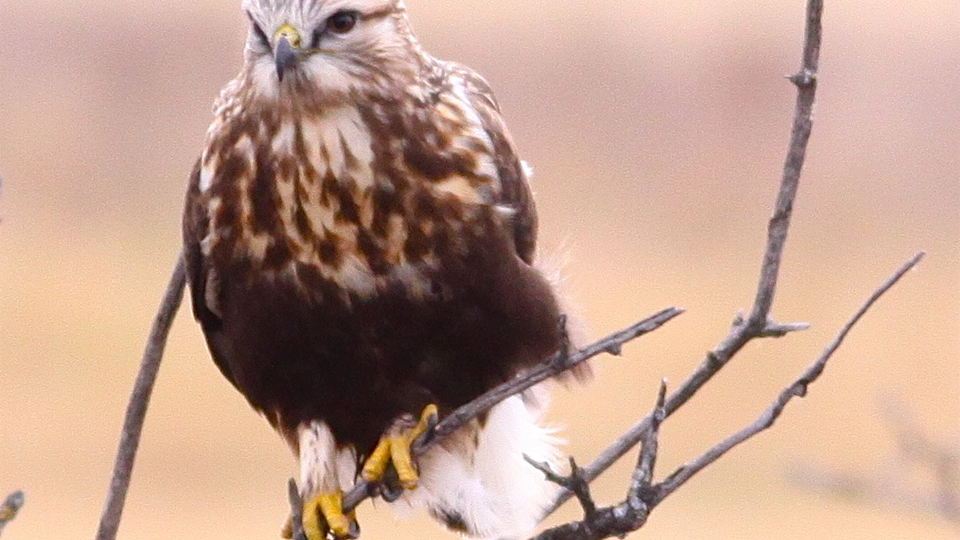 #4. You see this raptor perched on the tiniest of branches high in a tree top. What is it?

This is a Rough-legged Hawk! We can see feathers down to its toes and it has a relatively small beak and feet. Perching location is another clue. A Rough-legged hawk’s small feet and medium-sized body lets it perch in the slenderest treetops, where other large raptors rarely chance sitting. 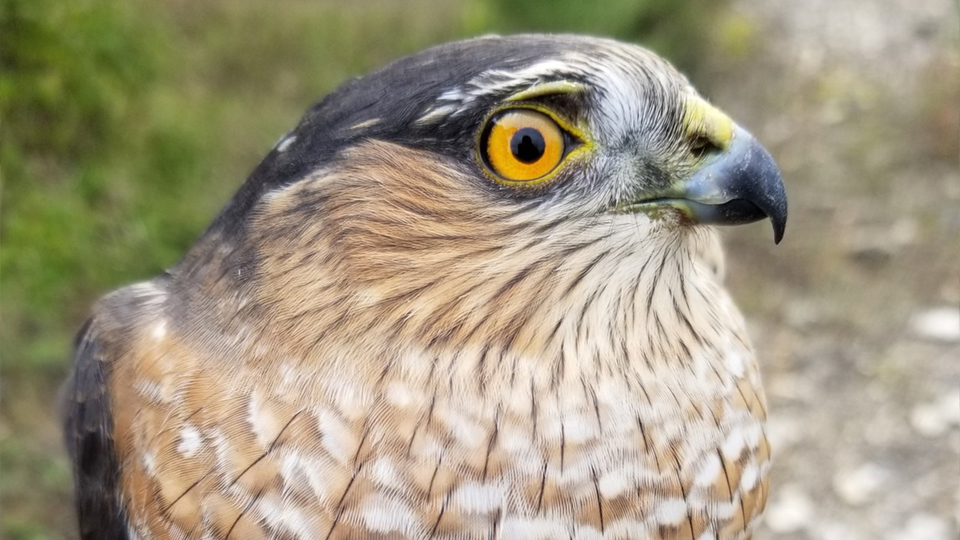 This is a Sharp-shinned hawk! They can be very hard to distinguish from Coopers Hawks, since both species have similar behavior and ranges that overlap. But this picture shows us a great field mark: Sharpies have hoods, or marks that extend down the back of their necks, while Coopers hawks have caps. 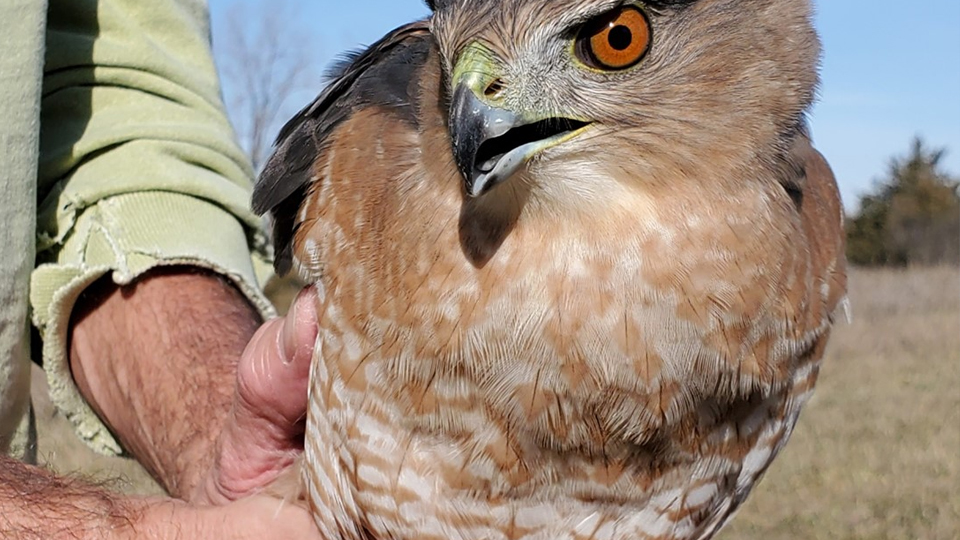 #6. This is an adult Coopers Hawk. How do we know it's an adult?

We can age this hawk by eye color and breast streaking! A juvenile Cooper’s hawk would sport a pale yellow eye and a vertically striped breast. 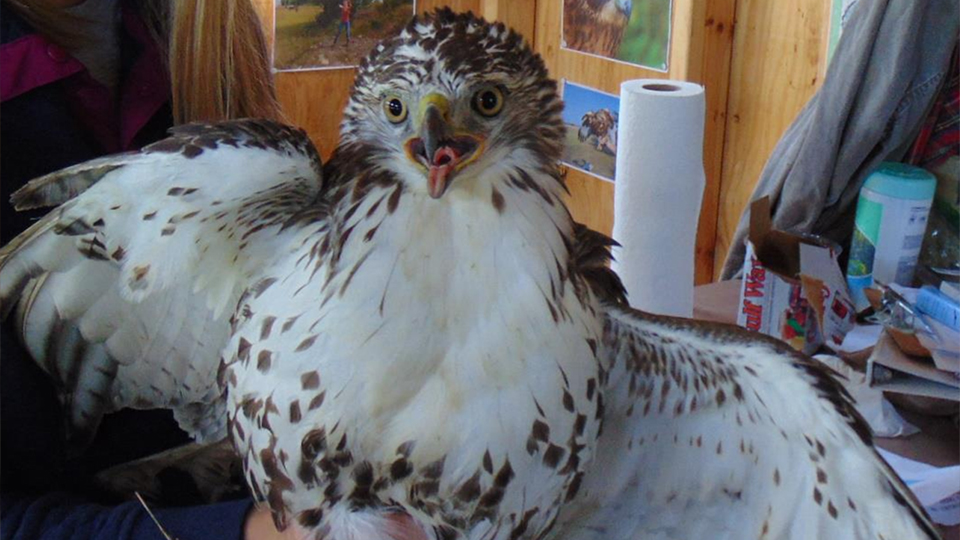 #7. What kind of raptor is this and how old is it?

This is a juvenile Red-tailed hawk! The prominent dark belly band is an excellent field mark. The yellow eyes tell us that it is a juvenile. 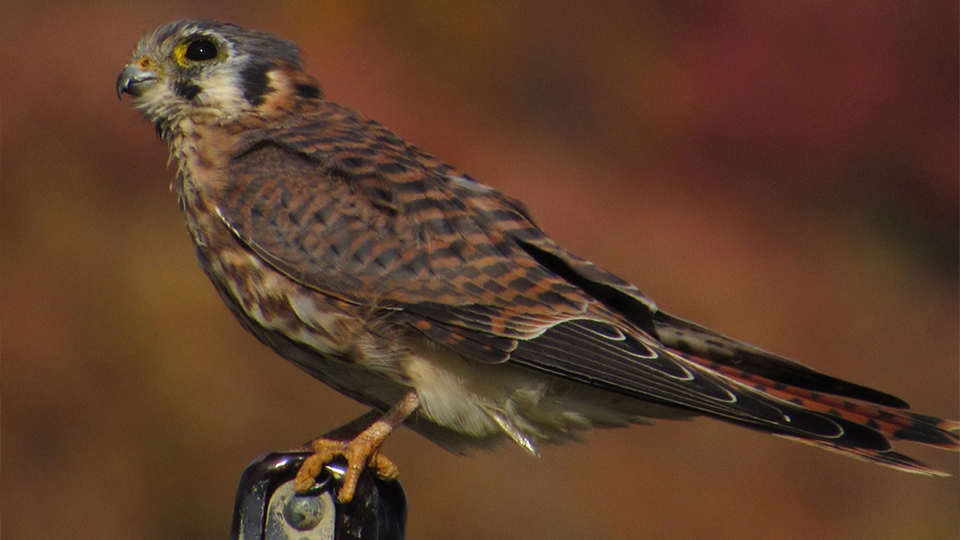 #8. This is North America's littlest falcon. It is a/an: 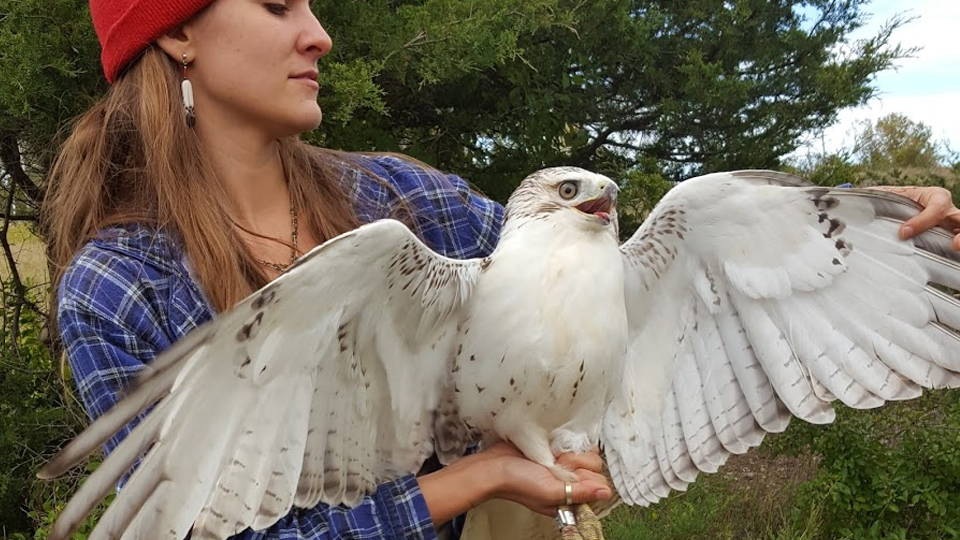 #9. What kind of raptor is Sophia holding?

This is a Red-tailed Hawk, Krider’s morph! Although it doesn’t look much like a Red-tailed hawk, it still has a (faint) belly band, wing commas, and a dark patagium relative to the rest of its body. These pale Red-tailed hawks are more commonly found in western grasslands…another thing that makes this ID a little tough! 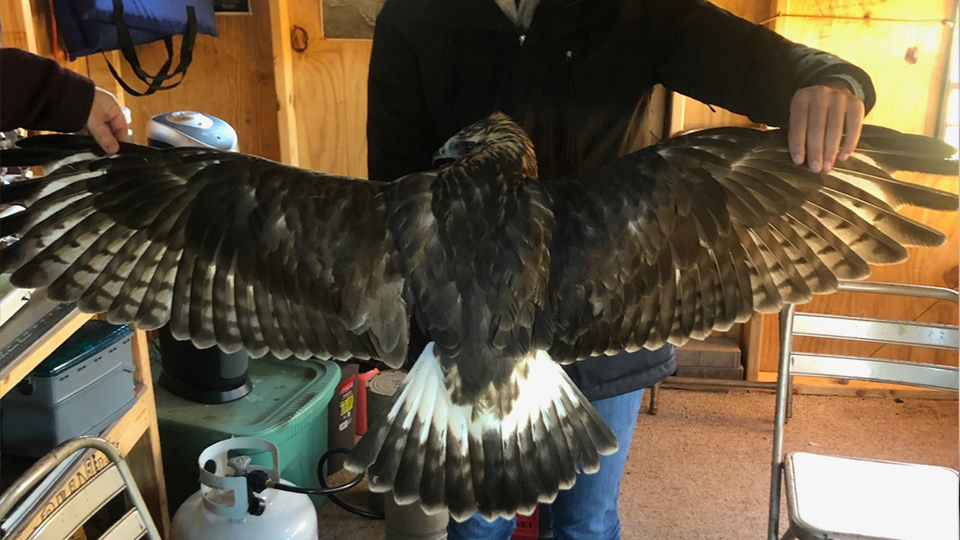 This is a Rough-legged Hawk! These boldly-patterned dark brown hawks have tails that are dark at the tip and pale at the base. They winter in the United States and southern Canada and breed in the arctic. You won’t see them in Decorah during the summer!

finish
Raptor Resource Project Teachables > What kind of raptor is it?